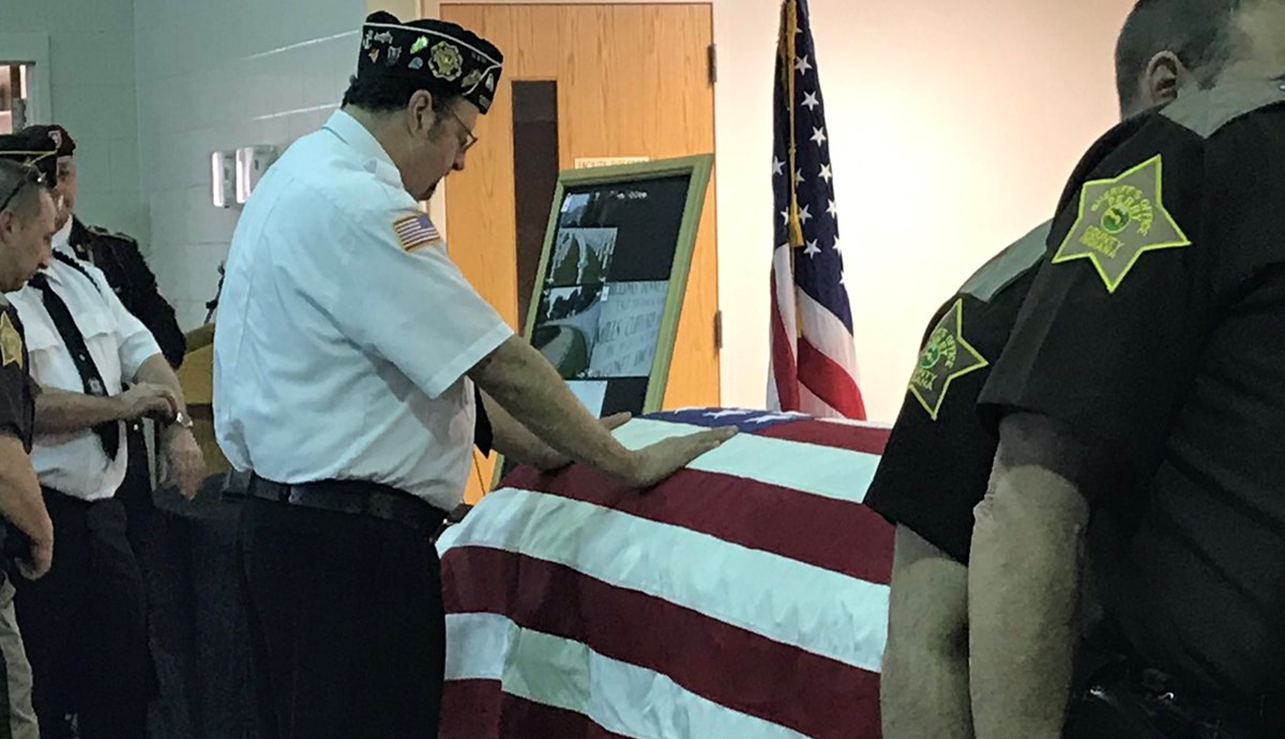 WFIE-TV Contributed to this Report

TELL CITY --A man who was shot down during the largest air operation of World War II is finally home.

The body of Priveate First Class Clifford M. Mills arrived in Louisville last night, where it was escorted to the state line by the Kentucky Patriot Guard. The Indiana State Police then escorted his body to Tell City.

Mills' remains were ID'd in January through DNA and dental records.

Mills will be buried next to his wife in Tell City.   She died never knowing what became of him.

Mills’ had been missing in actions for more than 74 years.

With the help of modern technology, he was found and brought home, according to WFIE-TV.

“I’ve learned a lot about operation market garden, about the military history and the specific battle. The things that happened to him” said Researcher Nowy Hedel.

“I felt that walking in the foot steps of legends historically the world war two veterans who paid the ultimate sacrifice for this great nation and the freedom we have now. For me to come all this way is truly an honor and a privilege for us to pay respects to one of our fallen comrades" said Sgt. Major Gregory Seymour.