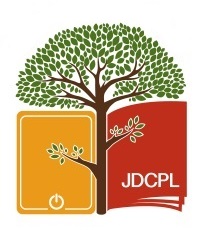 DUBOIS CO. --Patrons of the Jasper-Dubois County Libraries have an opportunity during the entire month of April to return long overdue items and have all fines and fees associated with those items waived from their account. Items can be returned to the Jasper, Ferdinand, Dubois or Birdseye libraries; no matter where they were originally checked out from.

Along with the amnesty period for long overdue items, the library is inviting patrons to participate in another collaborative effort. For every item dropped off at the library as a donation for the Community Food Bank or Dubois County Humane Society, a minimum of $1 will be waived from existing fines.

Items accepted will include nonperishable food items for both humans and pets, as well as items on the Humane Society’s wish list. For the first time ever, patrons will also be given the opportunity to “read away” their fines.

For every 15 minutes spent reading in the library, patrons will have $2 removed from their existing library fines. Long overdue item costs will only be waived if the item is returned to the library, but all other fines and fees can be waived with food donations or reading.

“An amnesty period gives patrons who have failed to return library items an opportunity to do so without penalty,” said Christine Golden, Library Director.

“The top priority of any amnesty period is to get library-owned property back in the library’s possession so that others can borrow it,” said Golden. “We are hopeful patrons with outstanding fines will join the collaborative spirit of these efforts and will result in a successful month-long event.”

Postcards have been mailed to patrons who owe more than $10 to notify them of the amnesty period.