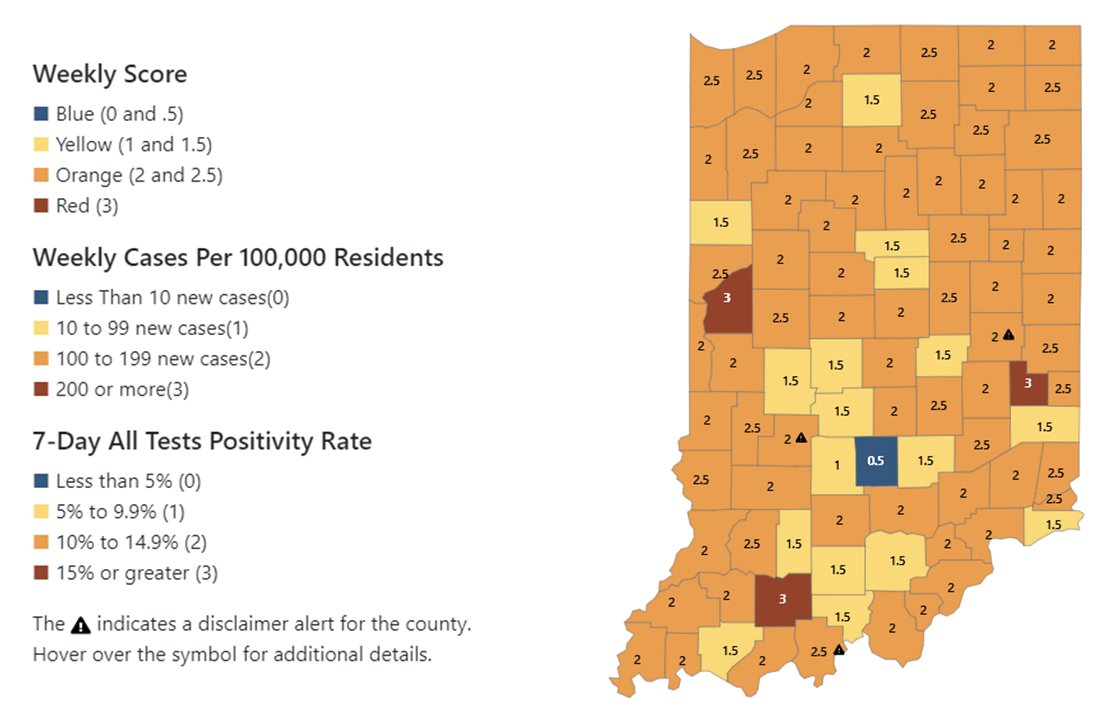 JASPER -- Another Dubois County resident has died from COVID-19, according to the Thursday afternoon update from the state.

It brings our death toll to 29.

38 new cases were also confirmed in the county yesterday bringing our total to 1,759 cases since the pandemic began.

"We've got to take it seriously," says Mayor Dean Vonderheide. "I think people have become a little more lax , especially when they're away from work."

The mayor says they can't pinpoint a single business contributing to the higher numbers.  Instead, it appears to be spreading through social events and get-togethers.

"What we have observed and heard from our employers in the area is that we don't have a bunch of employees from one [business] that are getting it and they're out [of work], other than maybe the long term care facilities.  What they're doing, in their social life, they're putting themselves at risk, then they're exposed.  They may not feel sick, or ill, but they're passing it on to others and, that's the part we can control."

And Mr. Vonderheide added, if resident's don't step up, the impact could be significant.   "If we do not do the right things and socially distance, wear a mask around others and sanitizing, and our numbers continue to climb, there's the opportunity to drift back into the [shutdown] phases, which could impact our economy.  It could impact local businesses.  We don't need that."

Dubois County’s seven-day positivity rate is down slightly, but still high, at 15.8%

We remain under a CODE RED designation.