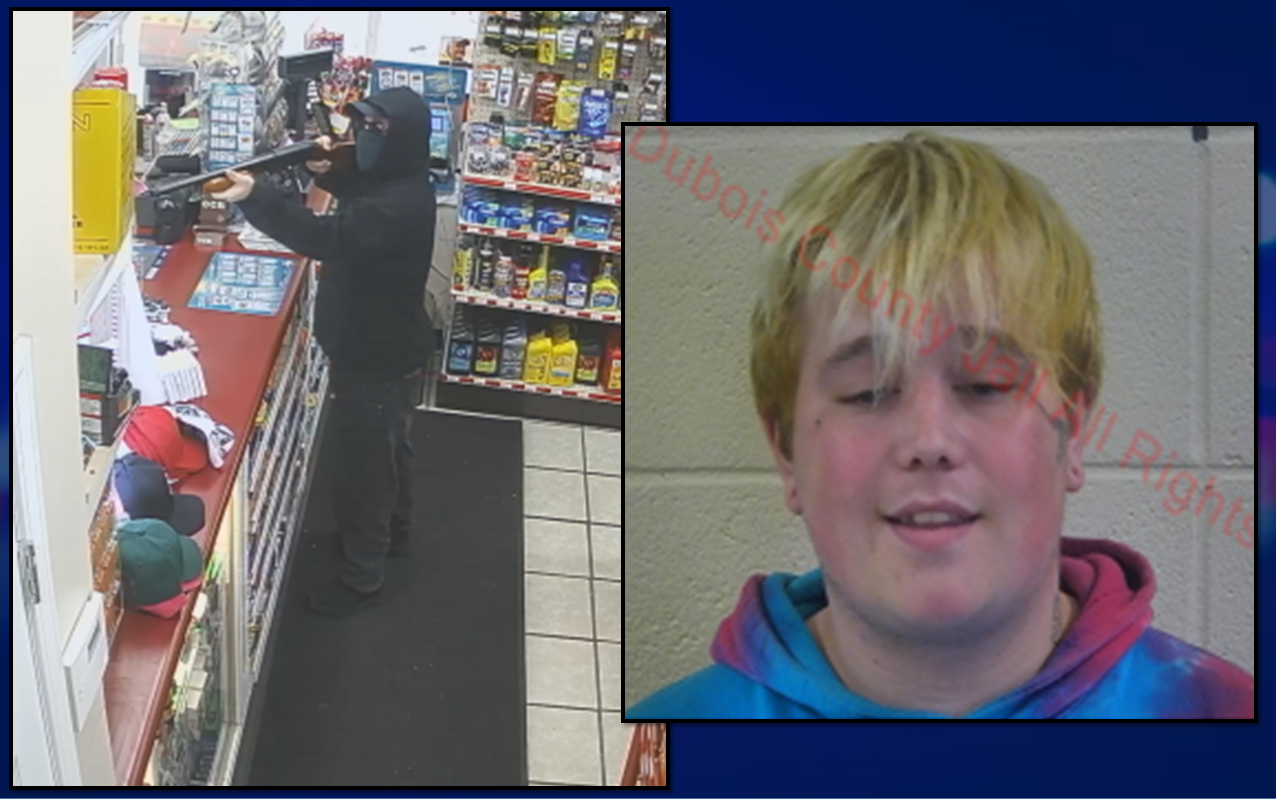 From Local Sources
HUNTINGBURG -- Huntingburg Police are asking for the public's help locating a armed robbery suspect.
At approximately 8:16PM on Monday, July 1, 2019 the Huntingburg Police Department was dispatched to the Fast Track Marathon gas station at 1307 North Main Street for an armed robbery.
A masked man wearing all back entered the store armed with a pump shot gun and demanded money from the register. The suspect attempted to break into the clerk’s office door, but the clerk surrendered the cash drawer.
The suspect grabbed the cash and fled the scene before officers arrived.
Investigators reviewed the security cameras and were able to identify the vehicle and suspect. The Huntingburg Police Department is seeking the public’s assistance locating the
following suspect and vehicle:
- Collin Thomas Jasper DOB: 05/14/1999

At this time Collin is considered armed and dangerous. If you have any information on Collin’s whereabouts please call 911 or contact Detective Stivers with the Huntingburg Police Department 812-482-4111. Also, I encourage Collin to cooperate with his family and turn himself in peacefully.