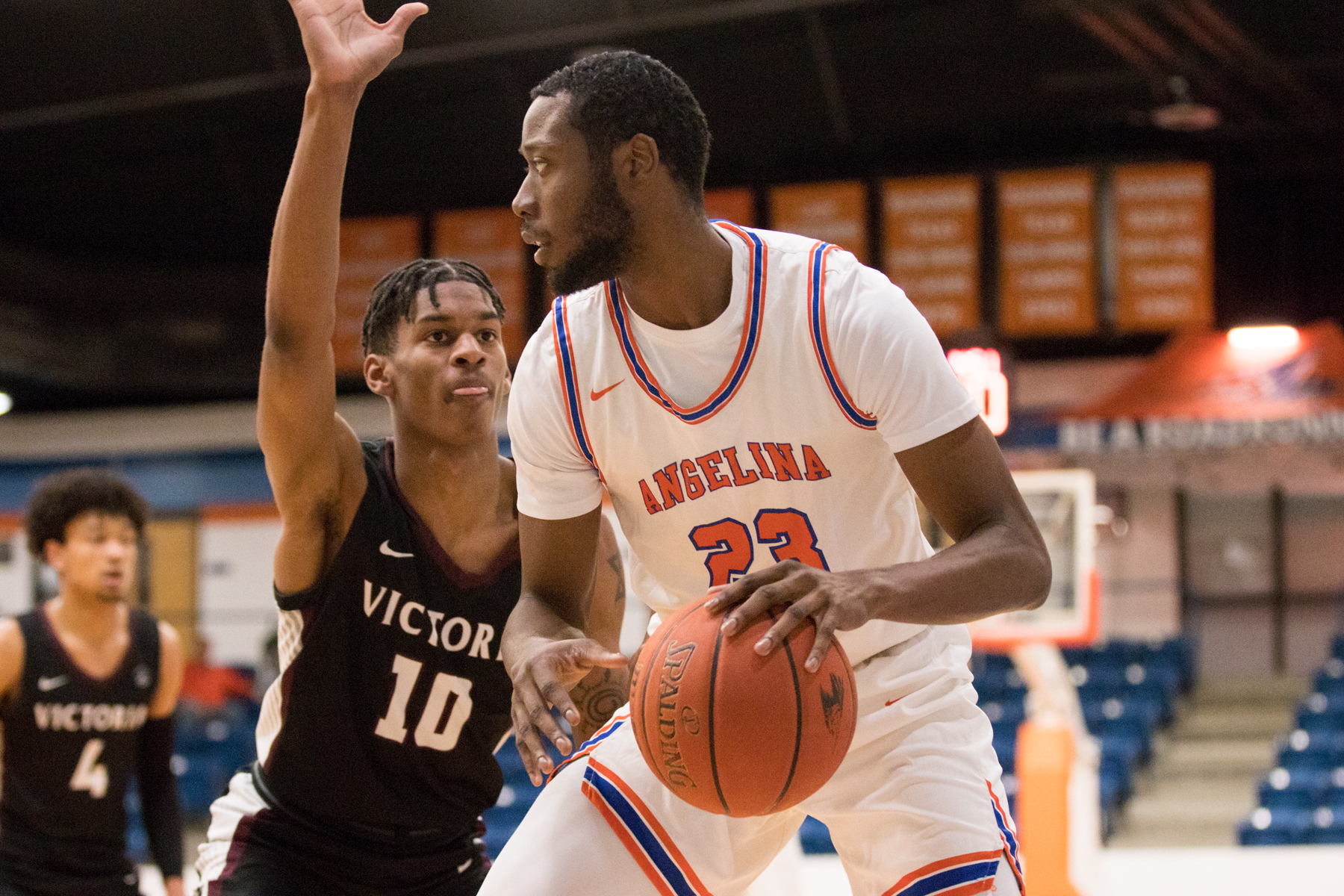 Johnson comes to Vincennes originally from Nova Scotia, Canada and began his collegiate career at Williston State College in Williston, N.D. during the COVID shortened 2020-21 season. Johnson helped guide the Tetons to a 12-11 record during his only season at Williston, starting in 12 of the 22 games he played in and averaging 16.4 points, 5.8 rebounds and 1.1 steals per game.

Johnson’s season-high at Williston State was a 27 point outing against Dawson Community College, which helped Johnson earn All-Region 13 Honors at the end of the season. He then transferred to Angelina College in Lufkin, Tex. for the 2021-22 season, where he started 23 games for the Roadrunners.

Johnson averaged 13.6 points, five rebounds and 2.3 assists per game at Angelina, including a 25 point game against Coastal Bend College.

Johnson is a six-foot-four wing player, who will most likely fit into a ‘small forward’ type of position on the floor, but he does give Hall of Fame Head Coach Todd Franklin options to either use him as a big shooting guard or possibly a stretch power forward as well.

“We’ve known Caleb since he was in high school,” VU Hall of Fame Head Coach Todd Franklin said. “For one reason or another it just hadn’t worked out to get him here before now. He went to Williston out of high school for one semester. He played there, had a good year for them and played well. Then he decided to leave there and play at Angelina.”

“When he signed with Angelina he signed with a coach that was supposed to be there, but the coach took a Division I Assistant job,” Franklin added. “Caleb decided to stay at Angelina and had another good year. Then at the end of the year he reassessed and decided he wanted to go somewhere else.”

“We looked at him. Caleb has always been a hard-playing guy,” Franklin said. “He defends really well. He’s probably a three, if you have to say what position he is, but he can play as a big two or even a stretch four at times, so he gives us some versatility. But probably his best position is as a three. He has good size at that position, he is long. He has scored at a pretty high level at this level.”

“But probably what he does better than score is as a defender,” Franklin added. “He is a very good one-on-one defender guarding on the wings. I think there are some guys in our Region that are going to be difficult matchups to try to stop and I think we’ve added some guys this summer, Caleb being one for sure, we can matchup with to defend.”

“We had 10 guys in here during the summer for our summer workouts and on top of them we are going to be adding four guys that are 6-5 that range anywhere from being a point guard to a power forward and anywhere from 195 to 230 pounds,” Franklin said. “Adding those to what we had was something we looked at.”

“I think now, if you look across our team, we feel like if everybody is healthy and going, we are going to have some pretty good, three-deep competition at all five spots,” Franklin added. “I think we’ve got good size across the board, with some versatility there. We will be able to play in a variety of ways and I think Caleb will help with that.”

“We were excited to get him and I think he is excited to be here,” Franklin added. “This summer was the first time I was really able to get out and recruit in a while. I was on the road very extensively this summer and most of these guys that we’ve brought in were guys that I was able to get out and see live and be involved with. I feel good about it. I feel good about our team right now.”

“I think our team has the potential to be a pretty good team,” Franklin said. “How good? Well, we’ll see how well everybody meshes and who takes off and emerges and improves, as well as how well we avoid injuries. We’re still waiting on a few things. We’ll see how Dende looks when he gets back. We’ve been getting good reports, but there is no way of knowing until he gets here.”

“We’ve got a lot of new parts, but we had a lot of those new parts here this summer,” Franklin added. “Hopefully that will help expedite the process. I thought the summer went fairly well. I think the guys like each other and they worked fairly hard. I think there are some really promising signs. We’ll see who emerges as leaders, but I think from the standpoint of what we wanted to go out and get, at the end of the day I like our team and I like our chances. It’s just a matter of how hard we work and how dedicated we want to be.”

“I think we are back on track, now it’s time to get it done, get back to work and do it,” Franklin said. “That’s been our mentality. We are not going to talk a whole lot or say a whole lot. We had some things happen last year that hadn’t happened in the previous 25 years. If some people want to turn on us, go ahead, but we are back to doing business as business had been done for a quarter century under my watch.”

“I feel like we are pretty much back to normal, except for not having guys coming back who had been a part of a Sweet Sixteen, Elite Eight or Final Four,” Franklin added. “I think that is the one thing that is lacking from this team that would have been true during our tournament run. Other than that I think we are back to the same type of guys and same type of talent level across the board that we like and guys that I’ve been able to get out and see. I believe, now we have to go prove it.”

The Vincennes University Athletic Department is excited to welcome Caleb Johnson to the 2022 recruiting class.