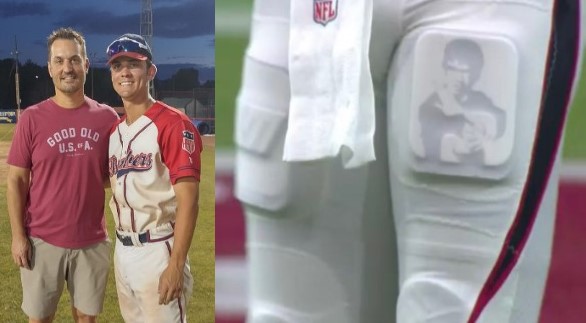 What began with an idea and turned into late nights for the Gudalis family has transformed into seeing their hard work every Sunday on the National Football League stage, under the name Tredcal.

Brian Gudalis, a middle school football coach in Murray, Kentucky, at the time, was watching a game when inspiration struck.

Gudalis, father of Dubois County Bombers Infielder Cade Gudalis, says the idea was born out of a simple question about equipment.

"I saw the three lines of the thigh pad popping through the pants," Gudalis said. "I always wondered why they just have three lines. If you have just three lines, you can put a number one, a number two." 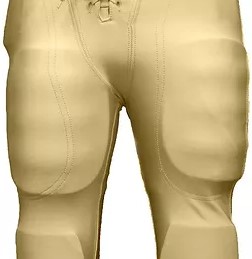 That was in the late 1990s. Fast forward to 2012, Gudalis, now an attorney working through the daily grind, started tinkering with the idea.

"I became an attorney and I kind of got sick of billing hours," Gudalis said. "I went out and bought some foam and an Exacto knife and cut out the Alabama 'A'. When I did, I sent it to a buddy of mine who happened to be with the UK's [University of Kentucky's] Athletic Director."

The University of Kentucky batted around with the idea initially, but when Michigan State caught wind of the Tredcal pads, the Wildcats jumped in alongside the Spartans. 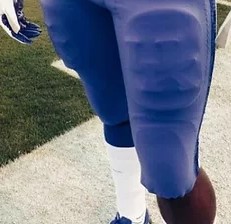 "I was like eight or nine years old and I was late to a Glendover basketball game, a church league," Chase said. "The reason why we were late was because they were showing an above angle of the bench of a Michigan State and it was just thigh pad, thigh pad, thigh pad. We kept pausing it and rewinding it. I tried to explain to my friends why we were late and they didn't believe me." 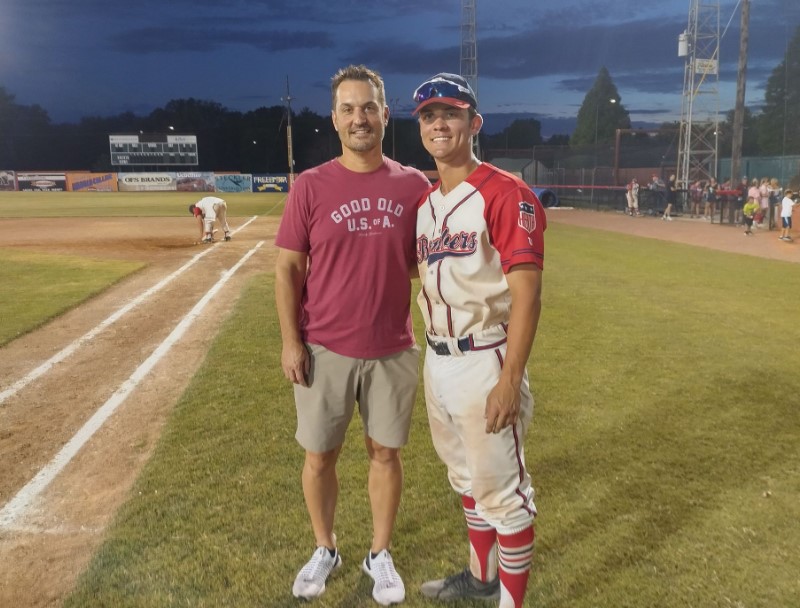 Other NCAA programs were quick to catch on. Indiana University, Boise State, and the most meaningful to Brian, Penn State, followed suit. Gudalis, who grew up an hour outside of State College, had reached out to the team's equipment manager to gauge their interest.

"About 15 minutes later I see the 814 area code pop up on my phone and it's Jay Takach, the equipment manager," Brian said. "He said, 'I just went in to Coach Franklin's office, showed him a picture', and he said 'Yeah, we're doing it.'"

"When they started doing it, I knew that I had an idea that was going to work," Brian added. "But more importantly it was nice to be validated by your hometown school."

But, it was another nearby athlete, and school, that broke the National Football League barrier for Tredcal.

After donning the Tredcal thigh pads during his collegiate days at Indiana University, Running Back Jordan Howard continued the trend during his stint with the Chicago Bears.

"This past year Kyler Murray texted me and said, 'Hey, what are these pads about?'" Gudalis said. "We exchanged some texts and he said, 'I want something with Bruce Lee." 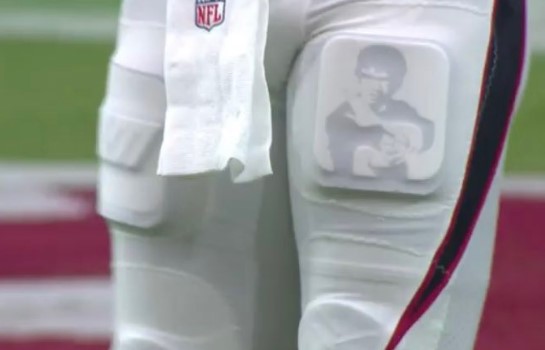 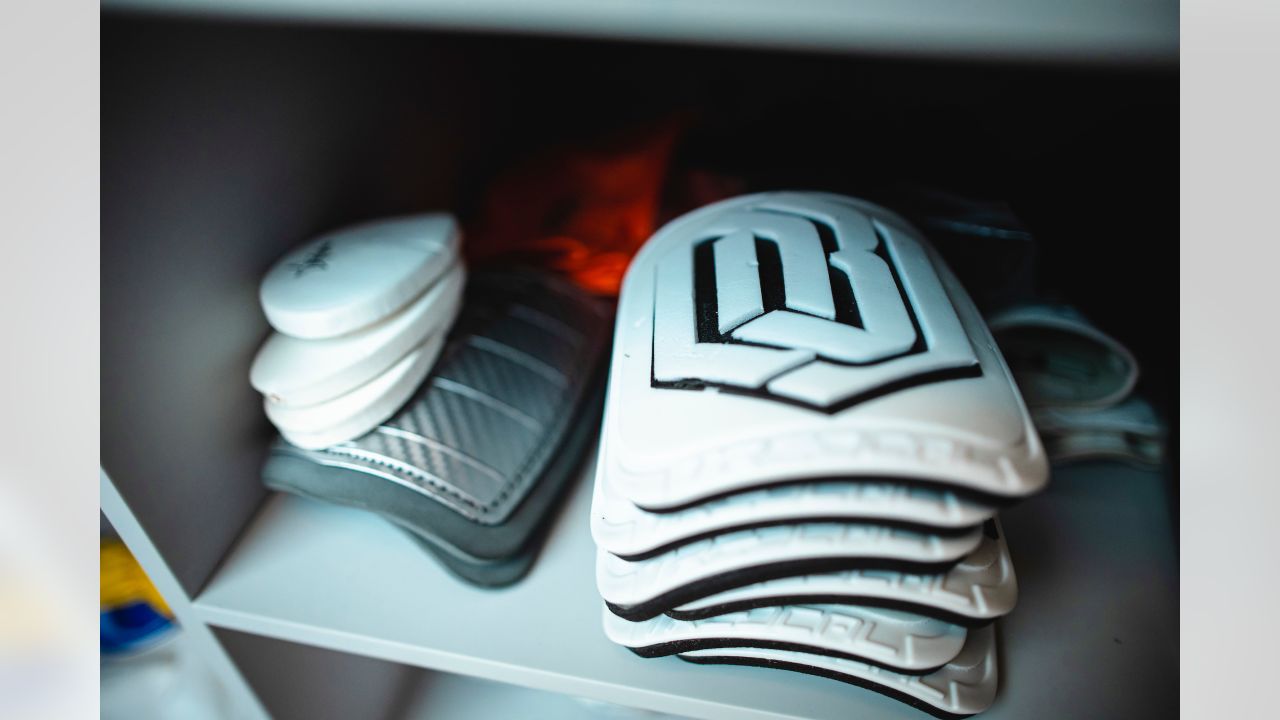 Tredcal is now directly ordered by NFL teams, quarterbacks have bought sets for their linemen. If you were one of the 208 million people to watch the Super Bowl, you might have seen the Gudalis' work without realizing it. 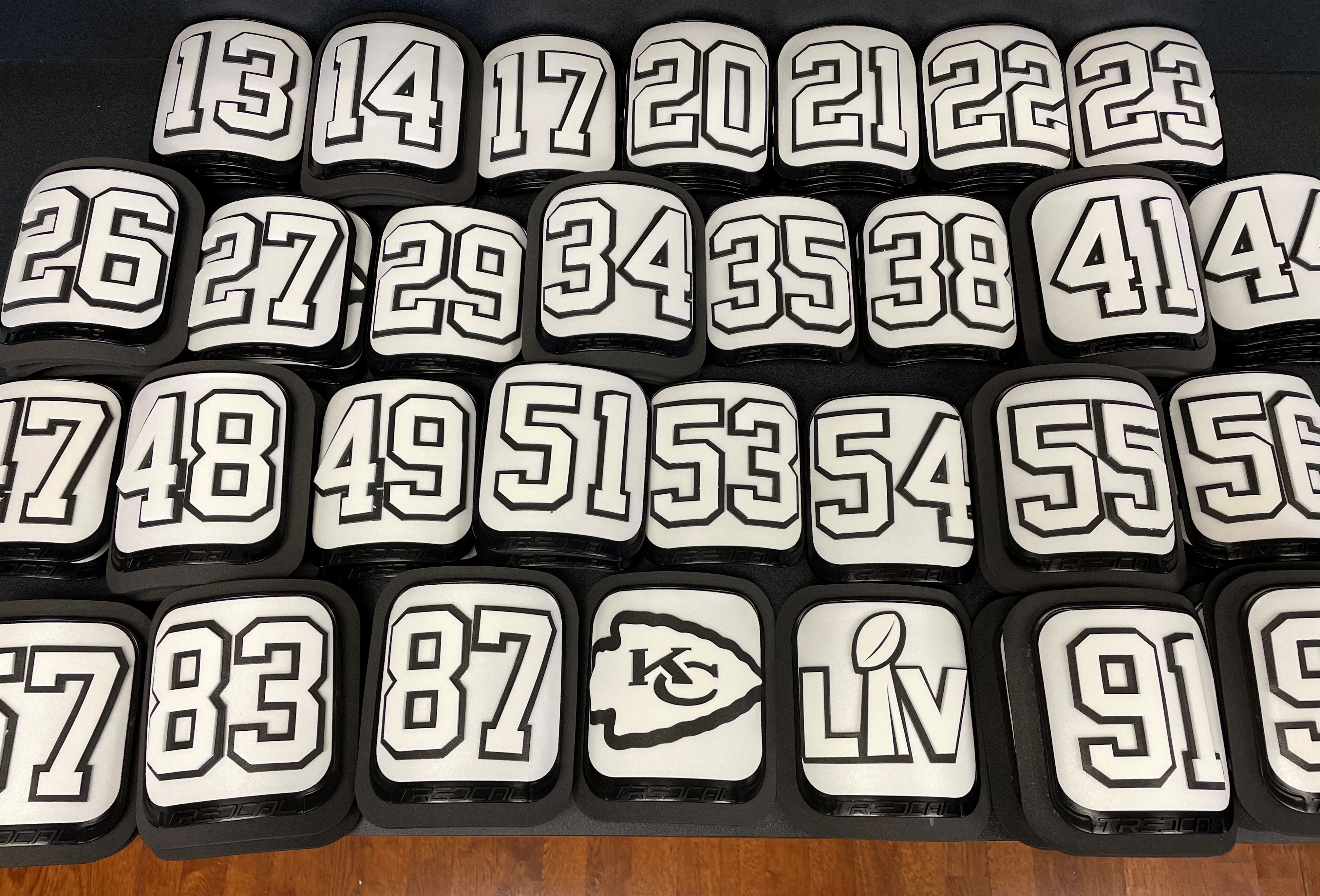 And the family has been along for the ride and advancement of the brand. Brian's wife Jenna is heavily involved in her time away from her day job. His daughter, runs the Tredcal TikTok page. 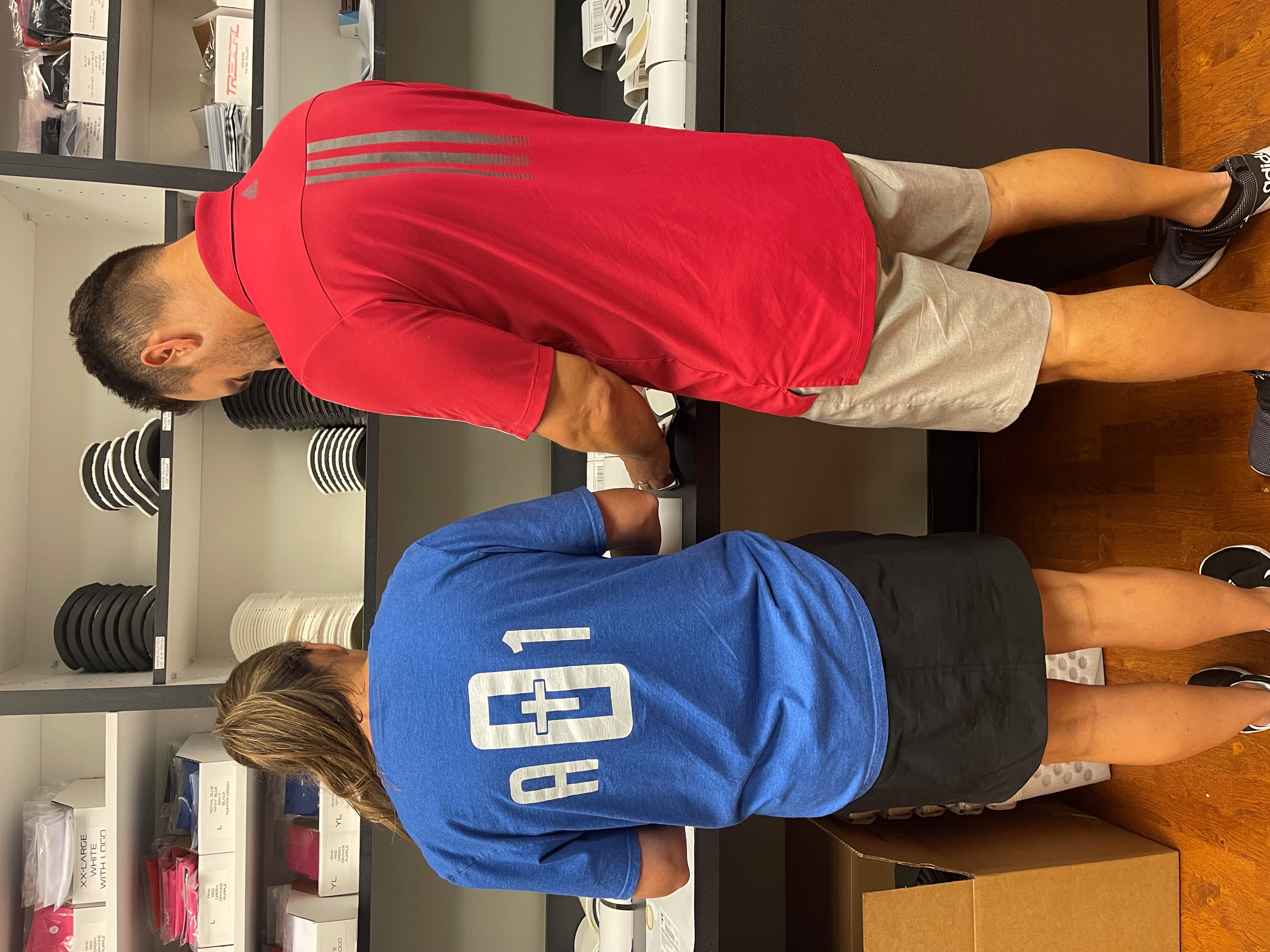 Brian and Jenna Gudalis hard at work in their office shop.

Though Tredcal was not nearly as refined in the early days, Brian remembers. 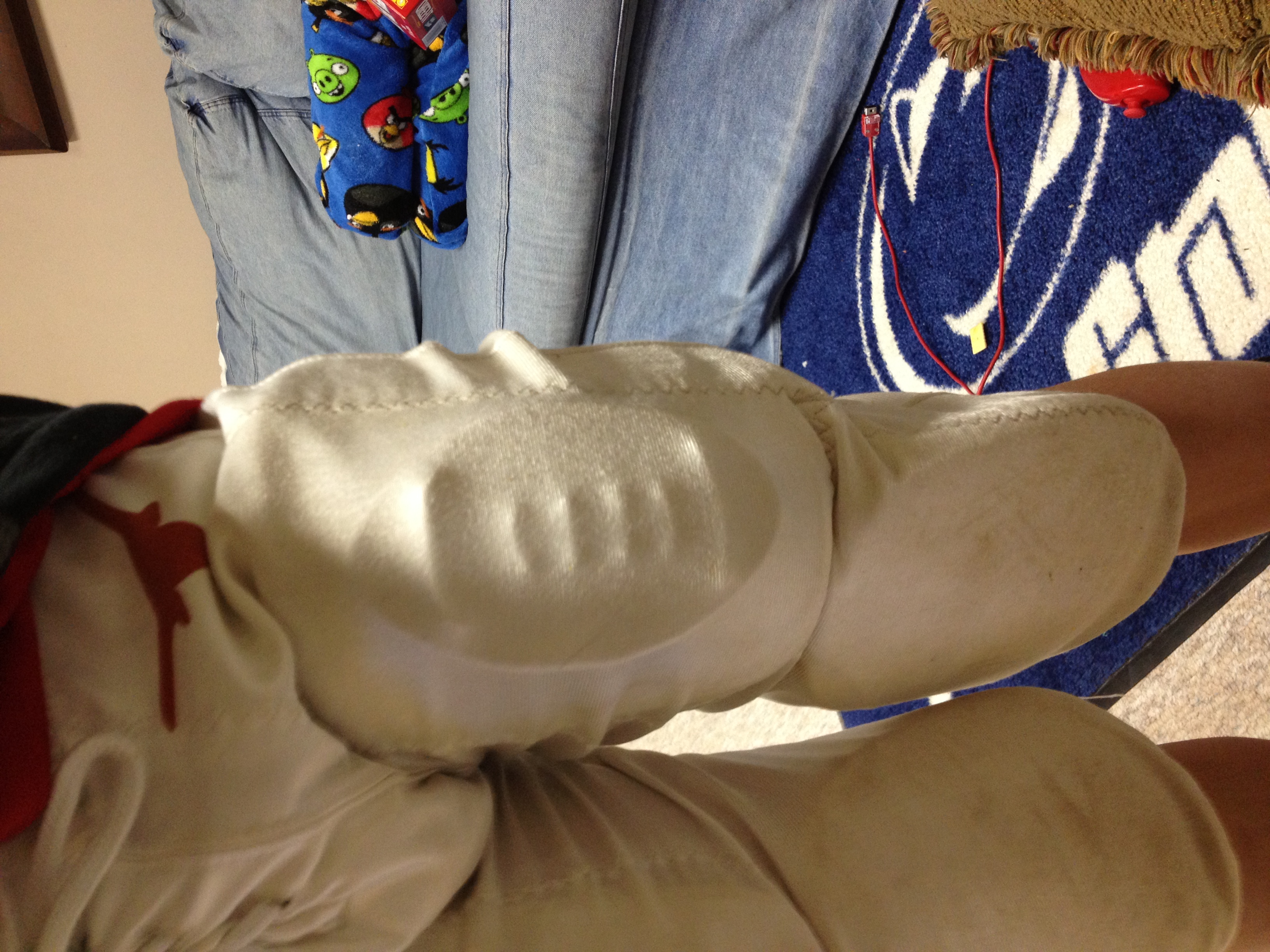 But the company is now rapidly expanding, far from its humble beginnings. From here, Brian would like to reach youth and high school markets.

For the Gudalis family, Cade says, the family business has forever changed the way they view football each weekend.

"Football is my favorite to watch and seeing our family get involved into a sport that deep, it definitely plays a part in how you view the sport," Cade said. "It's made me fall in love with watching football that much more."

The business holds patents in the United States, Canada, and Germany, among others.