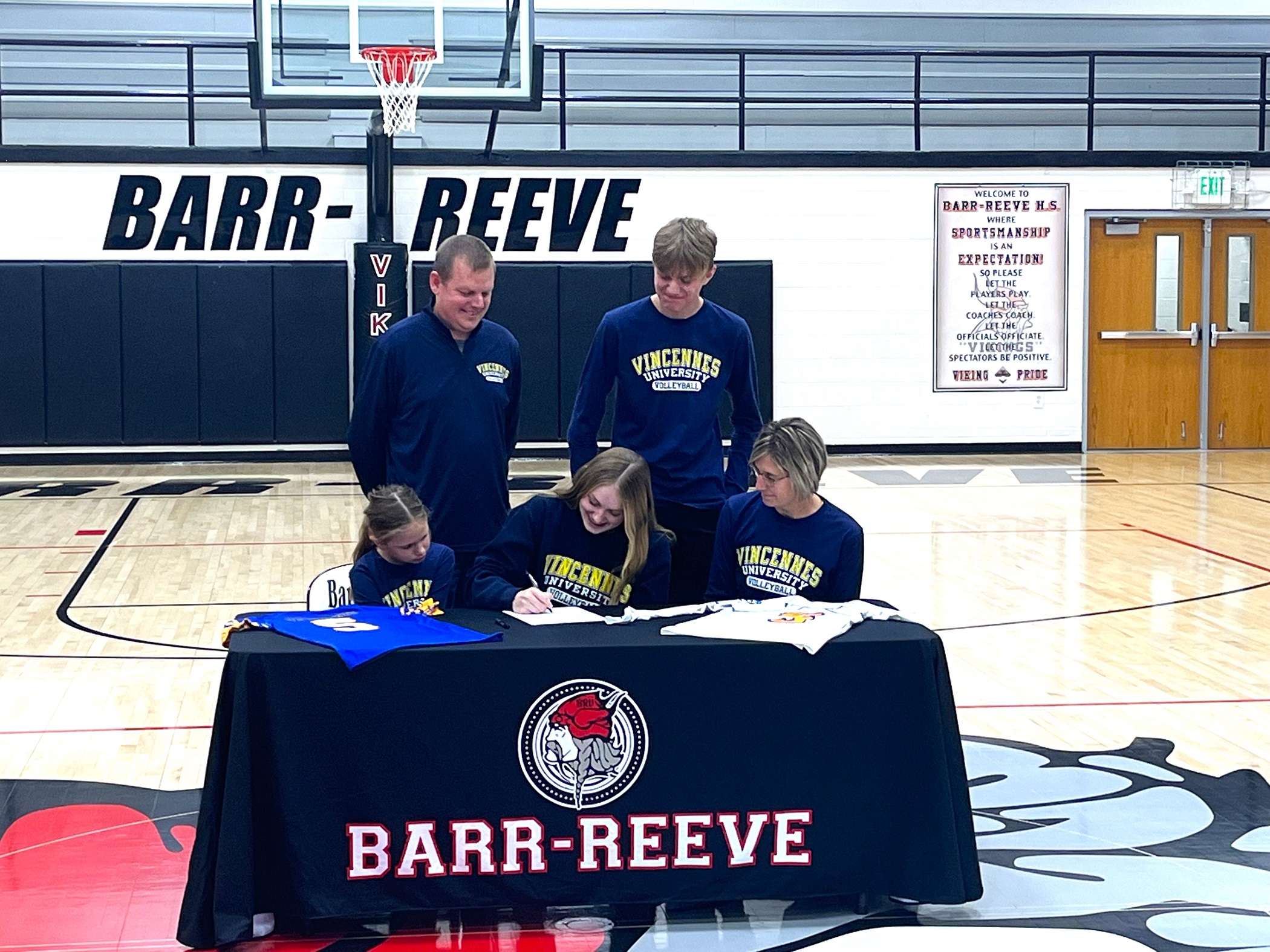 “I chose Vincennes University because I had two classmates that were a couple of years older than me and when VU first started showing interest in me earlier this year, they both reached out to me and it helped give me an inside view of not only the team but the school,” Dylan DeCoursey said. “Usually, you only see the outside of the school and they told me how things really are on the inside and that they really liked it there.”

DeCoursey is a five-foot nine setter, who helped guide her Vikings to a 33-2 record this past season, while finishing the year with 505 set assists, 307 kills on a .467 hitting percentage, 160 digs and 42 aces. 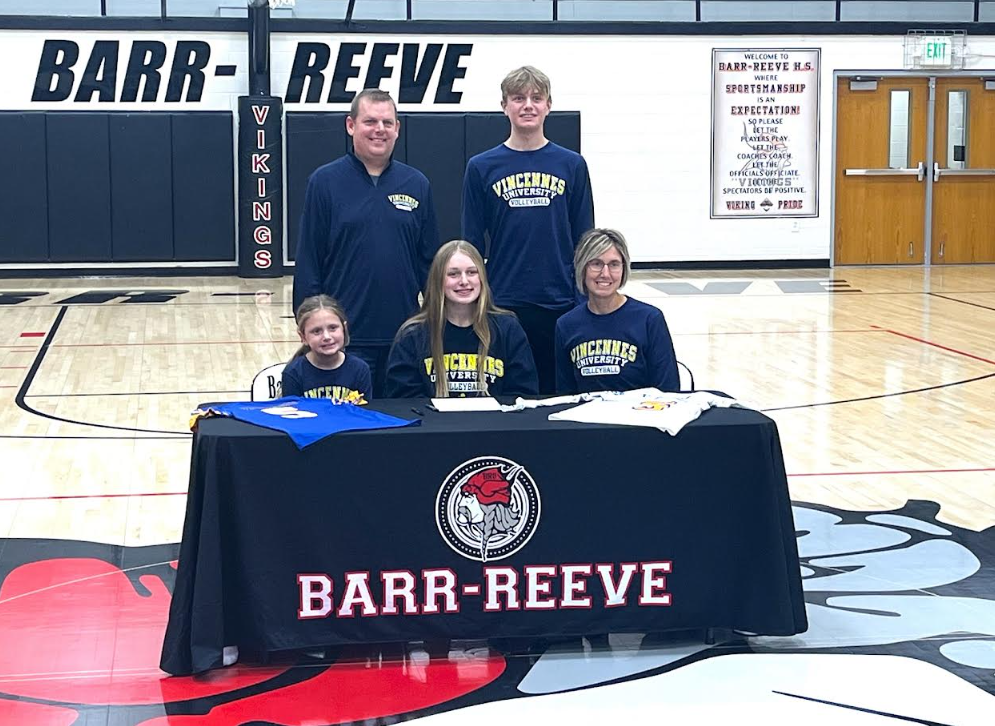 “Both Hannah and Addison were both incredible leaders in high school,” DeCoursey said. “Every time I had a slight doubt in myself, they both picked me up like it was nothing. Hannah has really helped talk me through this process, so I really know what to expect. With us both playing the same position it just really helps knowing what I can expect to see at the next level.”

“I also really liked the aspect of only being about half an hour away from home so my friends and family can come watch me play whenever they want.,” DeCoursey added. “I hope to bring some leadership to the team with me, even with being a freshman. It will definitely be different without my mom coaching me, but it has happened before and I’m used to it. I just hope that I can bring my positivity and my confidence and my leadership with me to VU.”

“I am very proud of Dylan and all that she has accomplished as a High School athlete,” Barr-Reeve Volleyball Coach Amber DeCoursey said. “I am even more proud of the person that she is. I wish her the best of luck at the next level and I can’t wait to watch her play.”

“Like many students that we are in contact with, Dylan contacted us first,” VUVB Head Coach Gary Sien said. “We always try to keep track of some of our local players and look at who might be able to play at this level, but sometimes we don’t always know who is interested. It’s definitely from word of mouth. Last year Addison and Hannah were here and were able to help us win a Region Championship, Hannah came back this year was able to help us win a second one back-to-back.”

“Those three are pretty close even though they are a couple of years apart,” Sien added. “I’m sure that Dylan and her family have talked to those two about our program here. Dylan’s last two years of high school Barr-Reeve got moved up to Class 3A and just like how Barr-Reeve does, they continued to do extremely well and for Dylan to be named 3A All-State twice is no small feat. We are very excited to sign Dylan and she immediately fills a position that we need next year.”

Dylan is the daughter of Mike and Amber DeCoursey and plans to major in Psychology while at Vincennes University.

“From the setter position, you are almost like a coach on the floor,” Sien said. “That’s the mindset that the setter has to have because they are to ones that are running the offense. Having played for her mother for four years at one of the top programs and coaches in Indiana, I am sure that Dylan’s knowledge of the game is already very extensive.”

“We know that we are bringing in an experienced player and someone who has that intelligence,” Sien added. “As well as someone who knows all of the details and nuances of the position. Our offense is usually something that takes our setters a little time to know and run but I don’t see it taking Dylan a whole lot of time to grasp that. You can’t really ask for anything more than that, for one of your more experienced players to be coming in as a freshman and a setter.”

“This outgoing sophomore class is an outstanding group,” Sien said. “They are a group that I will sorely miss. But that’s how it is at this level. The amount of turnover that we have year-to-year is a lot. Obviously, we hope the returning freshmen who are going to be sophomores next year will step in to fill that role, which I’m sure they will do extremely well.”

“In terms of actual positions, we are looking to replace a couple of setters,” Sien added. “I’m looking to recruit at least one more defensive specialist/libero. Then we are looking to add several more hitters, probably somewhere around three, maybe even four hitters. The good news is that we have a lot of our offense back from this past season, but we definitely want to be better than we were last year. Like I say every year, we want our next recruiting class to be even better than the last one. That’s always our philosophy going into any offseason. We are also recruiting so that there will be competition next year for playing time. I don’t care what you have done this past year, you better be ready to come in ready to compete. That’s the only way any team is going to be better than they were the year before.”

The Vincennes University Athletic Department would like to welcome Dylan DeCoursey to the 2023 recruiting class and wish her well as she finishes her senior year of high school this spring.